It appears that the hairiest residents of the Peach State continue to be noticed by innocent by-standers just passing through. The latest sighting in Georgia, according to the researchers at the BFRO, was in October of last year in Clinch County.

Clinch County is located near the Florida border. It is one of the largest counties in the state by land mass, and there are tons of acres of forested, untouched areas in the county. The report in question here centers around a couple who was driving through the area on their way back home to Florida. Here is what they had to say. I have taken this from the report issued at the BFRO. This report can be found at www.bfro.net.

And I quote: "On October 7, 2009 at about 11:30 pm , my wife and I were returning to Weeki Wachee , Florida from a trip to North Carolina . We were driving south on US 441 in an unpopulated area at about 65mph. We were about halfway between Homerville and Fargo which is slightly west of the Okefenokee Swamp . It was very dark with very scant traffic and we were the only car in sight. There were no other lights visible anywhere and no houses or businesses anywhere around. My wife had turned on the map light because we were getting low on gas and we needed to check the distance to the nearest probable area for gas. She was looking down at the map and didn't see it, but she sure smelled it. Years before , we had been camping in the Okefenokee Swamp and were aware of the wildlife diversity. I have hunting , camping , and Brazilian jungle experience and I am not easily frightened, but this shook me up. It was an instinctive reaction similar to when you have a surprise encounter with a poisonous snake.

I saw a very dark brown/black constant colored tall humanoid figure standing on the left shoulder of the road , quarter facing toward the road and toward the direction of our travel. The figure was standing still, very vertically erect with both arms loosely down at its sides. I couldn't see any facial features or individual features of hands or feet. I estimate it to be about 7 ft. tall and weigh between 200 and 300 pounds. It was lanky rather than stocky and was not crouching forward , but was standing very vertical. The smell coming into the car vent was very powerfull and was a combination of sewerlike and a strong musky animal odor. There was a small animal roadkill a few yards down the highway that was fresh , so that wouldn't account for the fowl odor. We conjectured that the creature had smelled the roadkill and came out of the woods to investigate. The hair on the head was long and stringy, but the rest of the body hair seemed only two or three inches long and layed down rather than sticking out in a fuzzy fashion. The thing that struck me was that I couldn't see any facial features or varied colors around the hand areas.

We thought about turning around to re- investigate, but in the middle of the night , I frankly didn't think it was prudent. We proceeded to the next major intersection to buy gas, and I asked the station employees if anyone else had mentioned something unusual or if there were any kind of unusual wildlife sightings in the area. They answered 'no'. That was the end of our incident.

All but one of the sketches I have ever seen of creatures anything like this , showed a more stocky crouching ape-like creature. What I saw was a tall, lanky , humanoid creature that looked almost "helmeted" because of the way the head hair fell straight down similar to a woman with long straight hair. I could see no neck . I don't know what I saw but I will never stop my car at night anywhere that area."

The above report was investigated by BFRO researcher Ken Johnson, who found that the couple was very credible. Johnson added this to the website as a result of his follow-up interview with the couple.

And I quote: "I spoke to this witness by phone, and he described his credible encounter in great detail, both in the report, and also as he related it to me. I can add a few details to his account after speaking with him.

The figure he saw looked tall and lanky, and looked rather 'spider-monkey-like' to the witness, rather than stocky and ape-like, as he has heard of other bigfoot-type descriptions. It also had arms that were longer than those of a human's, reaching almost to it's knees.

The animal did not seem to react, or to be concerned by the passing of their car, but seemed fixed on something nearby, possibly the road-kill that the witness and his wife mentioned as being a short distance down the road.

When the couple stopped for gas and asked some of the locals if they were aware of any unusual animal sightings in the area, one man told them, after hearing the description of the animal they had just seen, 'you saw a swamp ape'.

Additionally, the witness told me that this sighting had been quite disturbing for him, even though he is not normally shaken by most situations. He also said that if armed, and presented with a situation in which it became necessary to shoot at one of these animals, it's human-like appearance would make that very difficult to do."


Of all the Bigfoot research organizations that handle sightings nationwide, I trust the BFRO the most. Not that everyone else is lying, but the BFRO has such a vast network of supporters, a high standard for those conducting research and following up on reports, and a membership with diverse skills, that they stand very tall in a crowded field. If anything, this report signifies that people are seeing something in Georgia, and the activity continues to this day. Clinch County, if you know anything about it, has a lot of the very things that Bigfoot researchers tell us are needed to sustain such a species. Interesting.....
Posted by The Professor at 11:44 AM 5 comments:

A Haunting In Georgia: Interview with Joyce Cathey 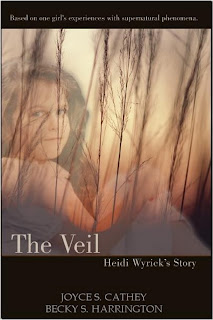 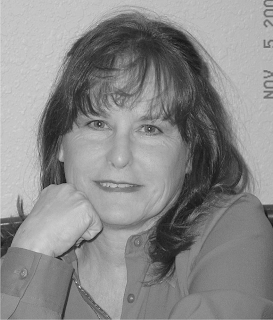 Since opening the blog, I have had several people request that I do something on the Heidi Wyrick saga that was documented by The Discovery Channel's "A Haunting." The episode was called "A Haunting in Georgia." It featured the Wyrick family of Southwest Georgia, a family that had been tormented by the presence of spirits in their homes and on their family property.

Recently, I caught up with Joyce Cathey, Heidi's aunt, who has co-written a book about the ordeal called THE VEIL: HEIDI WYRICK'S STORY. Her co-author was Rebecca Harrington. Joyce is a very pleasant woman, who enjoys discussing what she and her family has gone through with anyone interested in learning about the subject. As a matter of fact, there is a movie deal in the works. I emailed Joyce some questions and she was kind enough to email me back the answers. Thanks, JOYCE!!!
The email interview is below. GM=Georgia Mysteries, and JC=Joyce Cathey

For those of you who are not familiar with this story, click on the title of this blog article, and it will take you to the website that the Wyricks and Joyce have established. Also, check out "A Haunting in Georgia" on The Discovery Channel.

GM:Why do you think what happened did happen to your family?
JC: We do not know why these things happened. This questions is asked a lot and believe me, we have searched for answers for the past 20 years and are still searching. I don’t think we will ever know for sure.

GM:What more can you tell me about Heidi's interaction with Mr. Gordy?
JC:Heidi began talking to Mr. Gordy at the age of three. Her initial interactions consisted of almost daily visitations and she’s had many conversations with him. She has memories of him pushing her on the swing and helping her learn to ride her bike. But after the Unsolved Mysteries episode aired she became the target of comical antics from her school mates and was treated very badly through her middle school years. Heidi eventually stopped talking about Mr. Gordy. She hated the fact that she was gifted, if you will, and tried to shut it out and as time progressed his visits became less frequent.

GM:Have you or anyone else associated with the haunting ever contacted or been contacted by the Gordy family?
JC: My sister, Lisa’s mother, talked with Mr. Gordy’s daughter on a few occasions and also kept contact through letters. She visited with Heidi on a few occasions but lived in Florida. She asked Heidi to tell her dad that she loved him. Mr. Gordy’s daughter is recently deceased.

GM: How does the family handle these things?
JC: Things were very difficult for the Wyrick family in the beginning because no one knew what was happening. As you know, it was several years before the connection was made and his identity was confirmed. The Wyrick’s had a lot of support through their family, friends, and also their extended church family. My mom was raised in north Georgia and a place known as ‘Hainted Holler’. She, too, was born with a veil and has always been able to see things, though her abilities were not as strong a Heidi’s. So we were always familiar with stories of the spirit world and believed that there was something beyond our own dimension.

GM: Tell me more about the book and how it came about.
JC: When the events shifted from benign to becoming violent I knew I had to document them. Initially I wrote them down just to keep up for our family, but interest throughout the community ran high and after recounting the same story over and over again, I had no choice but to publish the things I’d written.

GM: What can you tell me about the upcoming movie about the hauntings?
JC: Gold Circle/Lions Gate films bought Heidi’s life rights in March, 2009. The status has now in the production phase and filming is slated to begin in late spring or early summer. Hopefully, it will hit theaters in the fall.

I will be researching "Hainted Holler" as I can. This sounds like a very interesting place. Joyce even mentioned that she was interested in doing a book signing in McDonough at Bell, Book and Candle in the near future. I have been working on getting that set up with the owners of the bookstore. This is where I have done both of my book signings.
Posted by The Professor at 1:47 PM 14 comments: