In Memory of Jonathan Frid, A Bit About Atlanta Vampires

My apologies for not posting more in the last few weeks.  Trying to finish an article for America's Civil War magazine and another for Georgia Backroads has taken a good bit of my extra time, not to mention that we are in midterms, and that means tons of exams to grade and lots of college freshmen and sophomores with frayed nerves.

I have always been a fan of Dark Shadows.  While I am just a little too young to have actually been privy to the original runs of the macabre soap opera on daytime television, I was a sprite young high school senior when NBC came out with their modern version starring Ben Cross and Joanna Going.  For an entire season, I tuned in each Sunday night to watch the exploits of Barnabas Collins, Elizabeth Collins Stoddard, and Willie Loomis. I was hooked, and not long afterwards, I began to stay tuned for the reruns of the original as they ran on what is now standard cable stations. Be reminded that back in those days, many of the channels we take for granted on basic cable and satellite were indeed hard to find on those large white monstrocities that sat in our backyards.  Catching all I could of these 1960s episodes, I developed a love for Barnabas Collins and the folks at Collinwood.  Honestly, I can say that Barnabas was the first vampire I admired. Now, as to which I prefer, Frid or Cross, I will not divulge. However, both actors portrayed the fiendish relic from the 18th century quite well.  Imagine my sadness last week when I heard that Jonathan Frid had passed away in Hamilton, Ontario.  He was not yet 80 years young. 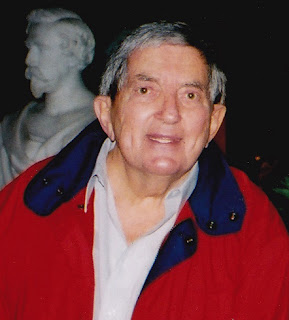 
In honor of Frid, and the upcoming Dark Shadows remake, I decided to post a spot about the vamp community here in Atlanta.  As many of you know, I am a student of folklore and legend, particularly the historic roots of these legends.  Perhaps the greatest of all legends is that of the vampire.  It is not necessary to rehash the stories of Vlad the Impaler, the famous Romanian Prince of Wallachia, and the lore he inspired. The story is quite well-known, and for our purposes here, we need not retread that tire.  However, what should be noted is that the vampire legend in America was imported from Europe, although there were many other stories to add to the compendium besides the one about our famous Romanian aristocrat.  The regions of the United States where vampire lore has been most common are New England, particularly Connecticut and Rhode Island, and in the Mississippi Delta, more specifically in the area around New Orleans. The latter stems from the French-Caribbean influence and the introduction of Voodoo and Hoodoo practices in the culture. However, New England's preoccupation with vampire lore is not as easy to pinpoint, although some theories include the influence of the Puritans and their constant raging against the wilds of Satan and his minions. (Reference the famous Salem Witch Trails, particularly the works of scholars such as Ronald Hutton, Carol Karlsen, and Jane Kamensky) Apparently, the Puritans felt that there was evil around every corner, and that Satan, his army of demons, and their cohorts among humans, were eager and willing to do harm to the good, god-fearing people of the New England settlements. With this paranoia in place, much credence was given to the idea of witches, ghouls, and even the undead.  Vampires were seen as apostles of hell come back from their fiery graves to bring torment and torture to the living.

Given this long history of their tangle with evil, it is no wonder that there were multitudes of Vampire legends to be found there. What could be surprising is that there is a Vampire Alliance in Atlanta. Apparently, there is a community of people in Atlanta who claim to be vampires.  Checking out their website leads me to believe that this group is serious when it comes to their lifestyle.  However, one should not fret. These people do not stalk warm creatures in the night.  They drink donated blood from donors who willingly give of their "nectar of life."  Here is a quote from their website located at http://www.atlantavampirealliance.com/:
When asked what a vampire is, they respond:
A vampire is essentially an energy feeder or blood drinker that may display various levels of psychic ability. While the causality, interpretation, and sometimes even the “proper” spelling of vampirism are debated, vampires are generally individuals who cannot adequately sustain their own physical, mental, or spiritual well-being without the taking of blood or vital life force energy from other sources; often human. Without feeding the vampire will become lethargic, sickly, depressed, and often go through physical suffering or discomfort. Vampires often display signs of empathy, sense emotions, perceive auras, and are generally psychically aware of the world around them. To a degree, the specifics of vampirism manifest differently on an individual basis and these nuances sometimes insulate the confusion in defining the vampiric range of ability and experience. The alternate spelling of “Vampyre” is sometimes used depending on the path from which one approaches vampirism. There are numerous vampiric Paths, Houses, Orders, Associations, and Groups within the vampire community that exist both online and offline; often each having their own unique philosophies, teachings, ethical tenets, and protocols.


While this group is very similar to other groups in the United States, there is a bit of lore associated with Vampires in the Atlanta area. Rumors abound that The Masquerade in Atlanta on North Avenue is a popular hangout for Atlanta vampires.  Legend says that a real vampire even calls the nightclub home. Not too long ago, a friend of mine went to a concert there. She said the place was full of concert goers, some dressed in attire that looked, well, vampirish. She said that as they were enjoying the concert, she looked up in to the ceiling to see some of those peculiar concert patrons standing on the rafters.  Seconds later, she said she looked up again, and they were gone.  Because there were no ladders or lifts to the rafter area, she wondered how they could have gotten down in such a hurry.  While this does not prove that they were vampires, or that vampires exist and are at The Masquerade, it is a bit odd.

So who knew that there were vampire legends in the Gate City?  Perhaps The Masquerade is, well, a masquerade for a community of night walkers that have haunted our psyche since the days of the Puritans...

Archibald Butt and the 100th Anniversary of the Sinking of the R.M.S. Titanic 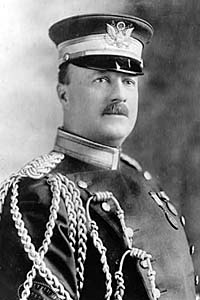 Photo courtesy of New Georgia Encyclopedia located at http://www.newgeorgiaencyclopedia.com/
There were five people on board the Titanic who had connections to Georgia.  Those were: Major Archibald Willingham Butt, Isidor Straus, his wife Ida Straus, Jacques Futrelle, and his wife Lilly May Peel Futrelle.  While the Strauss' are fairly well-known, especially for Isidor's contribution to American commerce, the Futrelles and Major Butt do not enjoy the same noteriety.  Jacques Futrelle might be the most interesting Georgian on board; however, Major Butt had a distinquished career in the United States Military and as a military aide to both Presidents Roosevelt and Taft.  I wrote an article on Major Butt for The New Georgia Encyclopedia back in 2007.  Here is the link to that article so that you can have some background on him.
http://www.newgeorgiaencyclopedia.com/nge/Article.jsp?id=h-3667&hl=y
What is more interesting about Major Butt being on the Titanic is how he got there.  Before boarding the ill-fated luxury liner, Butt was in Europe, supposedly on a diplomatic mission to Vatican City where he met with leaders of the Catholic Church on behalf of the President, William Howard Taft.  However, there is much rumor mill surrounding this mission.  For years, relatives of the Butt family, one of which is a personal friend of mine and fellow academian, were almost certain that Butt had been sent to Europe by President Taft to discuss rising tensions in Europe. While there was much tension there, especially given the past decades of colonial expansion by the Germans, British, French, Portuguese, and Italians, what role Butt played in conveying any messages on behalf of the Commander-in-Chief of the United States is unknown.  It should be noted, nevertheless, that not more than two years later, Europe was in full-scale war after the assassination of the Archduke Franz Ferdinand by Sarajevans who detested the Austrians hold on their homeland and saw Franz Ferdinand's visit and parade through the city as nothing more than colonial gloating and a thinly veiled attempt to reinforce the colonial hold that the Austrians had on the small Balkan colony.
Some in his family have said that Taft sent Butt to Europe to meet with various European leaders to alert them that if there was any war in Europe, that the United States would invariably support the side that had been attacked.
So what do we make of this rumor?  Was Major Butt there to convey secret messages?  Or was it true that he indeed was just sent to meet with the Pope as a good will ambassador of Taft?  In light of good, solid primary source evidence, we may never know. For now, we can speculate, but not solidify.
Posted by The Professor at 1:53 PM No comments: