Since this book chronicles a part of the history of black Atlanta, check it out in honor of Black History Month.  This February, I will be presenting a paper on how the Atlanta Ripper murders offered another opportunity for the leadership in both the black and white communities in Atlanta to come together to resolve problems and work on community relations in the early 20th century. I will be on a panel at the annual Georgia Association of Historians meeting in Macon, Georgia for this.  In addition, I will be presenting a program on The Atlanta Ripper murders to our student body at Georgia Military College's Atlanta (Fairburn) campus in late February.
Posted by The Professor at 5:02 PM No comments:

The Haunting in Georgia Update: Movie in Post-Production

As most of my readers know, in March 2010, I posted an email interview with Joyce Cathey, the aunt of Heidi Wyrick, the little girl who is at the epicenter of the phenomenon that came to be a Discovery Channel episode called "A Haunting in Georgia."  According to Mrs. Cathey, Gold Circle Films had purchased Heidi's life rights with the intention of producing the film, The Haunting in Georgia.  This would be the second installment in the series of films that began with The Haunting in Connecticut released in 2009.
Recently, I was doing a little research on the topic again and I found out over at Internet Movie Database that the film is in post-production and will be released soon.  According to the site, the film will star Chad Michael Murray (One Tree Hill  and House of Wax) as Andy Wyrick, Heidi's father; Katee Sackhoff  (Battlestar Galactica and White Noise 2: The Light) as Joyce Cathey, Heidi's aunt; Emily Alyn Lind as Heidi; and Cicely Tyson in an unnamed role. I am not sure of her involvement in the project.  According to the site, the budget for the film is $9,000,000 (nine million dollars).  Oddly enough, it is going to be released on 21 June, 2012, in the Netherlands, but there is no mention of a specific date for release in the United States.  The film is listed as being in post-production.  For those wondering if this film was shot in Georgia, unfortunately, it was not. The filming locations are Baton Rouge, Louisiana and Winnipeg, Manitoba (Canada).  It is about Georgia, but not shot in Georgia. Of course, it is not unusual for a film not to be shot on location near the place where the events depicted in the film happened.
Speaking of filming in Georgia, it is amazing how many horror-related films and television series are shot in Georgia. While The Haunting in Georgia is not shot here, it is about Georgia, but other very popular horror series are shot here.  Included in that list is Teen Wolf starring Tyler Posey; The Walking Dead, which most folks know about by now; and The Vampire Diaries, which is shot in and around Covington, including near the old Gaither Plantation.  Last year, I blogged about the cast and crew of The Vampire Diaries being spooked by odd things happening at that old plantation house.  Georgia seems to be a magnet for odd occurrences, and it now seems that it is a magnet for movies and television series about them.  Is this the Southern Hollywood now?
Posted by The Professor at 10:52 AM 3 comments:

As most of you know, the first book I wrote, although it was the third published, was Bigfoot in Georgia.  In the book, I highlight a number of Bigfoot sightings in the state, including some of the more famous ones.  Perhaps two of the most notable ones were in the Augusta area.  They both happened on or near Fort Gordon, a military installation near Augusta.

The first took place in 1965, and the witness reported the incident to the BFRO in 2002 after reading of other encounters in the same area.  Realizing that others had experienced what he did all those years ago made the witness feel that he was not out of his mind, imagining this, or just crazy.  According to the witness, he was 14 years old at the time and there was construction going on on base.  The witness reported that a young girl who lived in the apartment below them on base mentioned that her little brother talked about a tall man who would come and stare at him through the window at night, not a small feet given that the window ledge at their apartment was about 7 to 8 feet above the ground.  One day, wanting to explore, the young man walked in to a wooded area that was being cleared for more base housing.  The red clay was being pushed around by bulldozers and there in that clay, the witness saw large footprints, some as large as 18 inches long and 5 inches wide with five toes.  Curious about them, and not yet afraid, he sat upon a rock in the woods near the tracks.  He started feeling as if something was watching him, and he became nervous.  Shortly, he heard a bi-pedal walking in the woods nearby.  As he fled out of the woods on foot, he could hear whatever this was pursuing him.  Later, after telling a friend about what he had heard, the two of them decided to return to the area, and both felt and heard the same thing.  Like the witness had done alone before, the two left the area in a rush.
The link to the story is here:
http://www.bfro.net/GDB/show_report.asp?id=4236

The second sighting of interest in the Augusta area also took place near Fort Gordon.  Apparently, a member of the army at the Fort Gordon Signal School was walking in an wooded area near a creek and ravine when a creature over 10 feet tall having a gorilla-like face approached him from about 20 feet away.  The witness actually described the animal he witnessed to an artist, and a drawing is located on the page where the report is archived at the BFRO.  The link is here:
http://www.bfro.net/GDB/show_report.asp?id=2218

These are two of the area's most well-known sightings.

Radio Interview for Georgia Focus About The Atlanta Ripper

I will be doing another radio interview about The Atlanta Ripper for The Georgia Focus, a news network covering Georgia politics, culture, and events.  The interview will be done in McDonough and I will post when it will run on the air. Glad to see that the book is still making some noise.  In addition, I will be presenting a paper I wrote about the murders at The Georgia Association of Historians meeting in late February in Macon.  My presentation will be in one of the earlier sessions and will last about 15-20 minutes. Some of the other topics in my session sound interesting.
Posted by The Professor at 3:14 PM No comments:

Michael Wolff of Augusta has recently taken on a new venture. In October of 2011, he began the Augusta Ghost Trolley Tours in Augusta. Most don't recognize that Augusta is the home to a great deal of legend and folklore. Mr. Wolff has also launched a new series of tours for 2012.  They are called the Haunted Pillar Tours, taking the name from the famed Haunted Pillar at the corner of Fifth and Broad in downtown.  Check out his tours.  The websites are:
http://www.augustaghosttrolley.com/
http://www.pillarguyradio.com/

These sound like a lot of fun.  I will be driving over in the near future to take these tours.

Posted by The Professor at 9:46 PM No comments:

Starting this month, I am going to be focusing on the legends from Georgia's major cities in 2012. Of course, I will post other topics as they arise, but what I want to do is focus on the legends and folklore from the larger areas of Georgia, as well as highlight any tours or literature that would help acquaint my readers with those areas more.  Right now, I am focusing on the city of Augusta.  Savannah seems to be the most popular source of ghost stories and legends in Georgia, but what a lot of people do not realize is that there are gobs of legends and stories from places like Augusta, Macon, Athens, Columbus, and Atlanta.  In January, I will be focusing more on Augusta before moving on to Atlanta in February.  Hope you enjoy!!!
Posted by The Professor at 9:36 PM 4 comments:

Happy New Year and Thank You for Your Support in 2011. 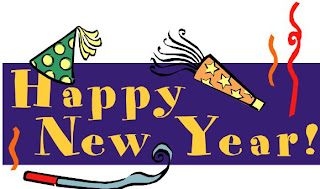